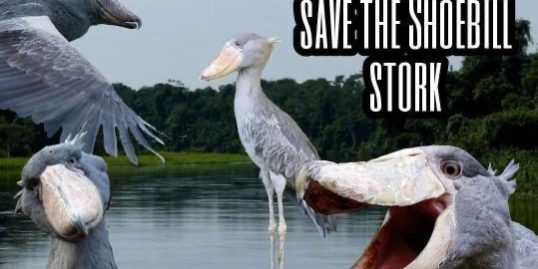 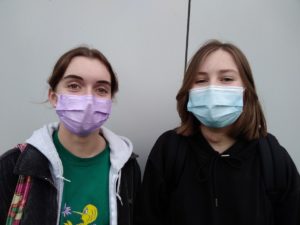 This article was produced as part of an English course with Ms. Servan on online activism. In pairs, we had to choose a cause to defend and  how to defend it. We have chosen the high school website because a lot of people visit it. Our cause is the Nile’s Shoebill Stork because we wanted to highlight a little known  animal  among endangered species. In fact, when we talk about endangered animals, the cutest and most famous ones directly come to mind. It was important for us to highlight a lesser known and more atypical species.

The Shoebill Stork is a bird which lives in remote swamps in southern Sudan. Its height range is between 110 and 140 cm and it weighs from 4 to 7 kg. In appearance it has a pelican beak and an eagle look. The shoebill stork can live up to 36 years. It is really fast and its beak is hooked. It mostly eats fish. It’s a lonely bird that descends from dinosaurs.

This species is endangered due to the destruction of its habitat, which is often dried up to be transformed into agricultural land. Its habitat is also threatened by fire and flooding.

The Pairi-Daiza Park, in Belgium, is the first park in the world to have succeeded in hatching two chicks : Abou and Marqoub, on July 19, 2008.